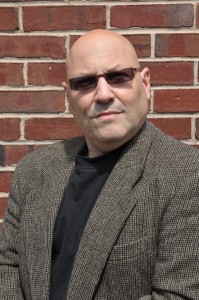 Rocky and Rose Arminio, his grandparents, came from Italy and moved to Verona, NJ. They had a Shoemakers’ Shop on Pompton Avenue during the 1930′s. Joe’s Mom and Dad, Joseph and Bettina Arminio,  settled in Montclair, NJ until 1960. Then, the entire family moved to Verona (including Joe’s grandmother, Carmella DelloRusso, Uncle Joe DelloRusso and Uncle Al Funzie DelloRusso.)  This makes Joe Arminio a third generation in Verona.

Joe grew up in Verona and attended the local schools (including Lanning Avenue, HB Whitehorne Middle School and Verona High School.) He played most of the recreational sports as well as enjoying a love of music (with the Verona High School band under the direction of Harry Owens.) Joe was also all-conference Verona High Bowling and was a member of the track team.

By the age of 20, Joe knew what he wanted to do in his life. He began dedicating himself to preserving the old days. He specializes in music from the 1940′s to the 1960′s performing with some of the hottest acts of the day. (Joey Performance info) Joey has run and operated his own musical organizations and retro shows since 1980.

He also continued his education at Ocean County College and 2 technical schools (gaining a Masters’ Degree in Computer Management, Business Operations and Networking.) From 1997 to 2006, he owned his own computer company, A+ Technology Consultants. Through the use of technology and history, he started creating a marketing plan that has lead him through three decades.

He now owns Arminio Studios, Arminio Entertainment, Arminio Records and Verona Yoga &  Wellness Center. He and his wife, Doreen, have been partners in all of these projects and he considers her to be ‘the wind beneath his sails.’

He is a studio engineer, music consultant and avid performer in his retro shows. Utilizing 30 years of experience in these areas, he has created ‘Project Old Verona’ which combines his areas of interest and expertise.

Joe has a love of small towns as well as a love of history. He enjoys preserving history for future generations. Joe grew up with the adventures of Mayberry and The Andy Griffith Show. He is also a big fan of Norman Rockwell and Thomas Kinkade artwork and displays such in his home. Joe and his wife, Doreen, live in one of the first homes on the hill off Claremont Avenue.

Joe has always lived his life in the belief that  ’dreams are made to become reality!’ He firmly believes that ‘you can create and design and build the most wonderful place in the world; but it takes people to bring that dream into reality!’